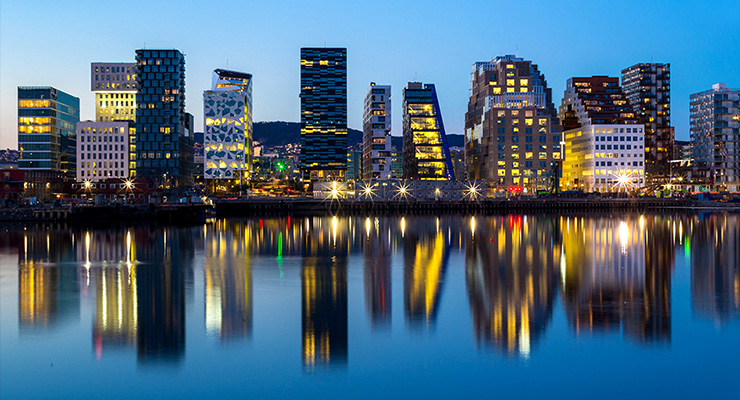 Expansion to Norway market was a natural extension of activities of Elnos Group in Scandinavian countries. Our operation in “land of Vikings and fiords” was official in 2017 and refers to engineering in electrical power engineering, i.e. designing, construction and reconstruction of electrical power systems of high voltage.
At this market, we got the first contract, whose realization started in January 2018. Our first project in Norway, NordLink–Green Link, is not an exceptional one in technical sense only. This is one of capital projects to enable creation of integrated European electrical power engineering market. NordLink interconnection is power network to provide exchange of electrical power, acquired from renewable sources only, between electrical power engineering systems of Germany and Norway. Transfer of power shall be performed through longest HVDC system in Europe. Elnos Group, being subcontractor of ABB company, in charge of performing electrical assembly works in constructing convertor station Tonstad in Norveškoj. Voltage level of the station amounts to +/- 515 kV, whereas transfer capacity amounts to 1,400 MW.
Step out to Norwegian market is of multi importance. First of all, as possibility to prove our knowledge, professional capacity and high level of technical standards in the country being the third world exporter of energy. After segment of substations, we currently also work on development of projects in the field of transmission lines.