Elnos Group creates new values for everyday life and its important segments are efficient, safe and ecologically acceptable means of transport. A part of our engineering is specialized for construction, rehabilitation, reconstruction and maintenance of electrical power systems in traffic infrastructure. We are talking about wide range of works in electrical power system, signalization and telecommunication, which include the following: highways, railways, tunnels and centers for supervision of traffic management. System planning provides the highest degree of reliability, safety and cost-effectiveness.
It is our goal to create conditions for comprehensive and more effective connection of European traffic network through active participation in development and modernization of railway and road network.

Worn out infrastructure of railways in the region has been challenged by enormous works of reconstruction and modernization for many years now. In this log-term activity, Elnos Group offered and performed solutions which raised infrastructure network to significantly higher level. We participated in two capital modernization projects, which fall in a group of the most significant endeavors in newer history of the Railways of the Republic of Srpska and Railways of the Republic of Serbia. Their realization provides better quality and safer railway traffic, i.e. new capacities for new, electrified railway for very high projected speeds were built.
For need of the RS Railway, we reconstructed and modernized six railway stations through following works: powering SS (signal-safety) and TC system from distributive network, powering SS and substation system from contact network, heating switchers and LV distribution.
We participated in one of capital projects of reconstructing and modernizing section Gilje–Ćuprija–Paraćin, on railway Beograd–Niš, where we reconstructed and modernized contact network, constructed lights for stops Gilje and reconstructed plant for sectioning Ćuprija station.

Increasing road traffic volume imposed adjustment of traffic infrastructure as a big task and challenge many world metropolis and cities are facing with. Serbian capital turned this type of challenge for many years, reconstruction of the Slavija Square, into endeavor. One of the Belgrade biggest traffic lifelines was reconstructed in a very short deadline and big contribution was made by Elnos Group as well. Through realization of this project, Belgrade got better tram flow, arranged traffic lanes and channeled flows, with accent on higher safety level and better coordination in traffic. New traffic infrastructure provides that this square daily accepts double more vehicles and pedestrians.
Within project of reconstruction of big roads in Belgrade, we reconstructed tram and trolley bus contact network of the Slavija Square, Belgrade Bulevar Oslobođenja Boulevard, as well as Mije Kovačevića and Ruzvelt streets, which also were parts of this project.
Capital reconstructions of this type of square, in this position, are performed once in 50 years. Due to this, new equipment we installed in the state-of-the art technical equipment and some of the solutions were applied for the first time in Serbia. 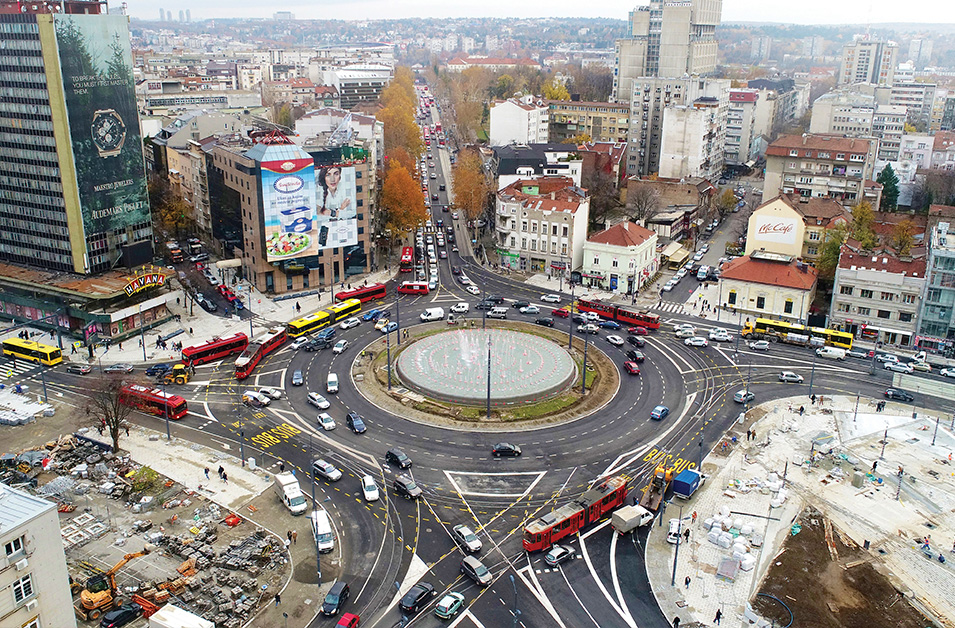 One of the biggest infrastructure projects in the Republic of Srpska is construction of Highway Banjaluka–Doboj. This road has the biggest capacity for further integration within the Republic of Srpska, connection of Belgrade, Banja Luka and Sarajevo, as well as connection of Highway Gradiška–Banjaluka with Pan-European Corridor5C. Elnos Group has been intensively participating in construction of Highway Banjaluka–Doboj for five years, facing numerous challenges successfully. This year, we entered final phase of constructing this modern road.
We performed a wide range of acitivities on this project as follows: design documentation, disassembling 400 and 110 kV transmission lines, electrical installation works, relocating MV and LV network, installation of MV and LV cable ducts, installation of TC cable signalization, SOS telephone, IPT portal, construction of five MBTS substations and installation of about 500 light poles. In order to create conditions for maximum traffic safety in normal and extraordinary conditions, we provided reliable power for street lights, road signalization, IKT portal and SOS telephone.
Our new challenge is provision of smart management of electrical power network of the highway, which shall be performed through so called N-1 power system with two independent sources of electrical power. 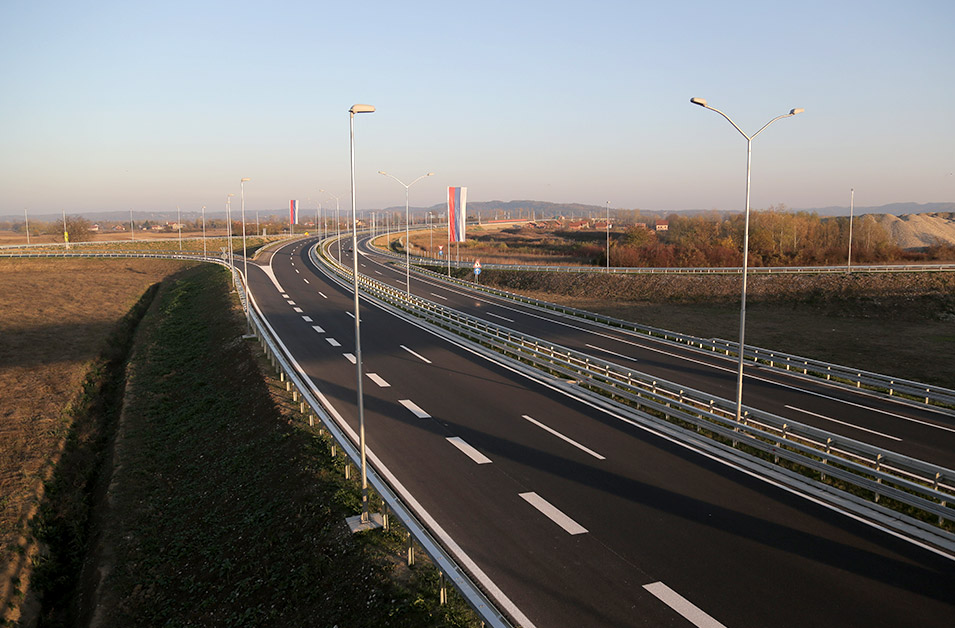 Solution for maximum safety in tunnels

Safety during travelling has a special role when we travel through tunnels. These infrastructural structures have to comply with extremely high safety standards in order to have safe traffic in them. Elnos Group has vast experience in this field and we offer solutions providing maximum safety and reliability. First of all, those are electrical installation and ventilation systems, as well as some systems being significant safety factors in tunnels: systems for fire detection, systems for CO gas detection, exchangeable light traffic signalization and ventilation systems. We performed these activities successfully in tens of tunnels in the Republic of Srpska and some of them are as follows: Slatnici, Stambolčić, Balkana, Nezuci, Sokolica etc. 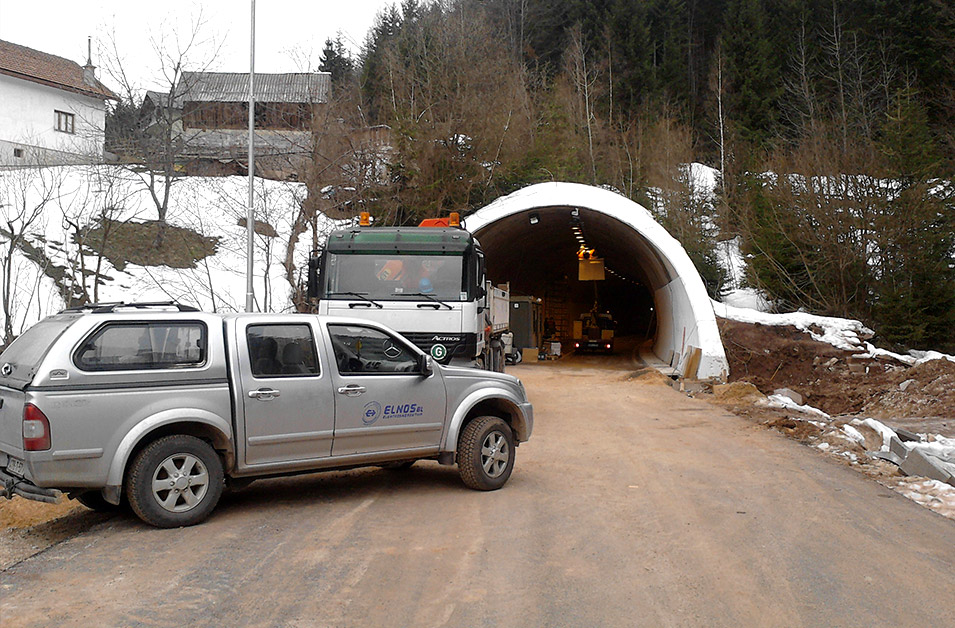