Despite the major challenges, the planet ended last year with a positive “green” energy balance. Transition wheel of renewable energy sources rapidly rotating in the world, because the need for renewable energy is growing rapidly. On a daily basis this trend puts us against the growing energy challenges.

We in Elnos follow the requirements of an energy sustainable future and work hard to increase renewable energy capacity. Every year we participated in the creation of hundreds of new green megawatts and stepped towards energy “wisdom” era. Reaffirming our renewable energy expertise, both at domestic and in the European field, we have become synonym for the modern company, with the highest standards, which always looks “a step ahead”.

In a land where 100 percent of energy needs it gets from renewable energy sources – Iceland, we were part one of the most significant project of recent energy history of this country – the construction of hydro power plants Búrfell 2.
Tens of meters below layers of volcanic soil, under the Icelandic mountain Búrfell, our teams have performed the complete installation works of electric power facilities, necessary for the connection of new hydro power plant Búrfell 2 at the network.

The realization of this endeavor has brought 270 green MW for power network of the country. Our teams engaged in this project will certainly remembered it as one of the major technical and logistical challenges ever.

IN STEP WITH THE WIND

One of the most important renewable energy sources in the future is the wind, and strong winds of Banat plains were put into service 57 colossal wind turbines in largest wind farm in the Balkans-Čibuk 1, last year.

The wind farm has a power of 158 MW, and in the perspective will provide energy for 113,000 households and can successfully respond at the most investment requirements of today. This was a project in which we are, by the standards of the FIDIC Silver Book, built a very heart of a wind farm, 35/400 kV substation and 2×400 kV transmission line with a length of 11 kilometers.
There is no doubt that for us this was a project in which we are building electric power elements, which are today the backbone of a wind farm Čibuk 1, and push the limits of our current project management.

Hydro power plant Zvornik is more than six decades an old energy titan on the river Drina, which annually produces 96 MW of electricity. This power structure has entered into the great revitalization process five years ago and bring to the Serbia power grid a new 24 MW of green energy.
Since the beginning of the revitalization our company was engaged in comprehensive rehabilitation tasks of four generators hydropower plant Zvornik and 110 kV substation, then the design and perform of electromechanical parts of works, delivery and commissioning protective and control devices, as well as the delivery and commissioning the control system of the plant.

Revitalization of seven mini-hydro power plants of western Serbia is an exciting project story of “resetting the clock” and the beginning of a new life of electric sections where some of them are among the oldest on the planet.
Elnos Group is in the context of this delicate and demanding challenge is a leading member of the consortium. Projects have includes mini-hydro power plants: Pod Gradom, Turica, Moravica, Seljašnica, Radaljska banja, Kratovska Reka and Raška.
Complete facility of mini-hydro power plants upon completion of the modernization will be automated, remotely manageable and will be able to operate unmanned.

The construction of small hydropower plant Bočac 2 on the Vrbas River was a project that is wonderful confirmation of know-how of Elnos Group. Within this project we have been the leader of the consortium, which heading complete electromechanical and hydromechanical works phase.

This small hydropower plant today ranks as one of the most modern power plant in the region and has an annual production of 41.6 GWh, which is electricity for about 12,800 households. HPP Bočac 2 is a modern project that satisfied all modern technological developments, European and world standards.

The use of natural energy resources is a worldwide trend, which through the usage of the ecological heating system has chosen many cities. Among these towns are Banja Luka and Gradiška with implementation district heating on biomass.
These heat plants will ensure energy security, sustainability and financial security for local communities and Elnos Group is a part of it. In construction of a new biomass heating plant in Banja Luka, installed capacity of 49 MW, teams of Elnos Group conducted a complete construction and electrical works. 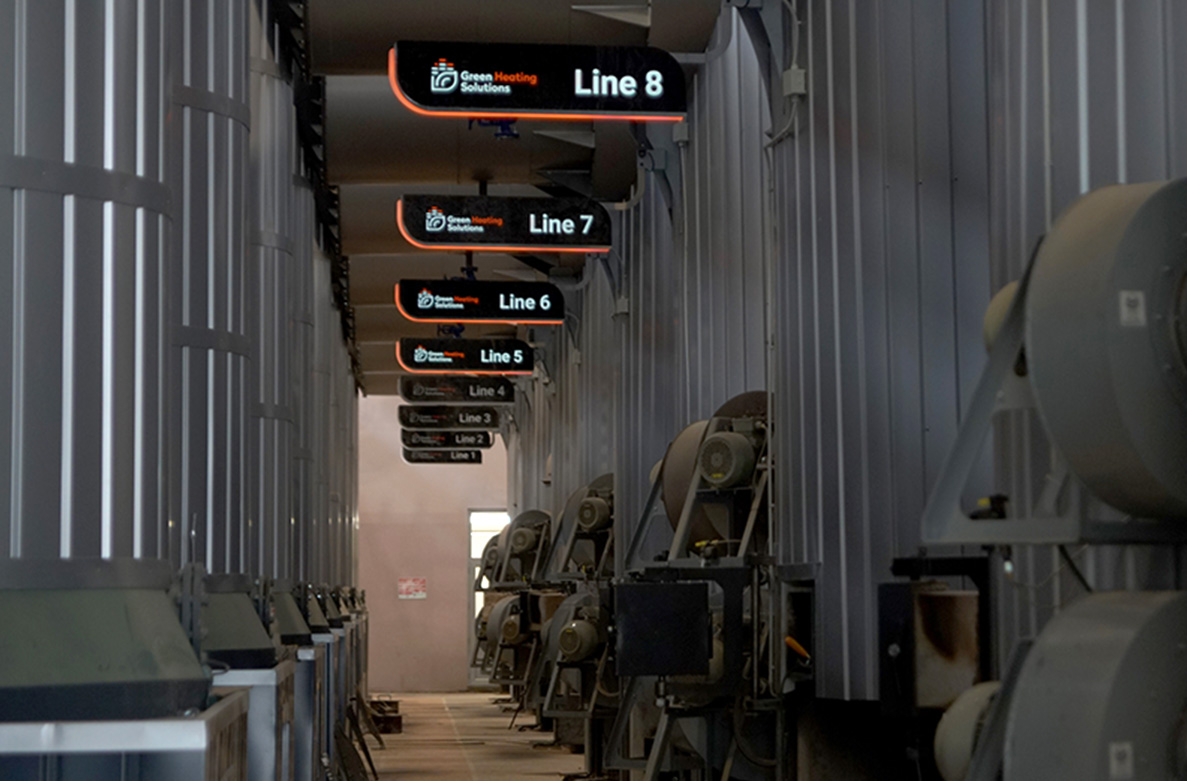 This unique project of intelligent heating will reduce CO2 pollution in the city of Banja Luka, for 70,000 tons annually. Heating plant on biomass in Gradiška is the first major energy capacity of district heating based on renewable energy sources, a biomass, in the RS and BiH. Within this project, Elnos Group was the main contractor and guarantor for the good work performing.