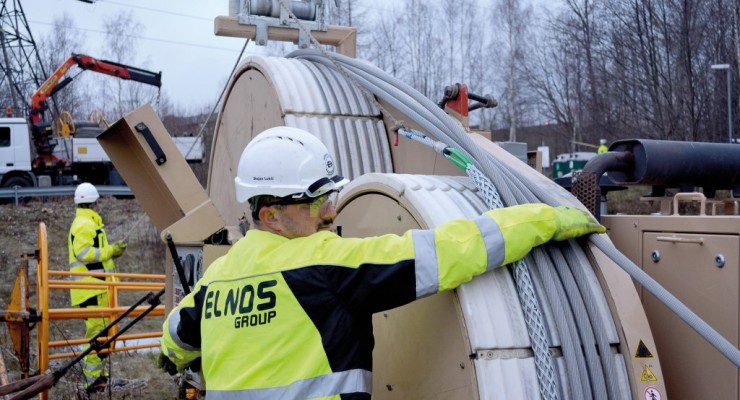 This is one of the major projects in the process of modernizing and strengthening the electric power system of Macedonia, its expansion and increase of stability in electricity transmission.

On this transmission line the replace­ment of the existing conductor was made by the conductor with increased working temperature (GTACSR), which enables increased capacity of energy transmission. This project is really sig­nificant both for Elnos Group and the investor (AD MEPSO), since it is about the first project of this sort in Mace­donia and on the territory of former Yugoslavia. Its realization required application of special tools and tech­niques that differ from the techniques that are applied during the mounting of classic ACSR phase conductors. In order to realize this project our in­stallers went through a special training in Spain.

Apart from this, on the con­cerned transmission line protective rope with optical fibers (OPGW) were installed and 16 transmission poles were replaced.