Replacement of 6 kV and 0.4 kV plants for coal, slag and ash delivery in Facility 64 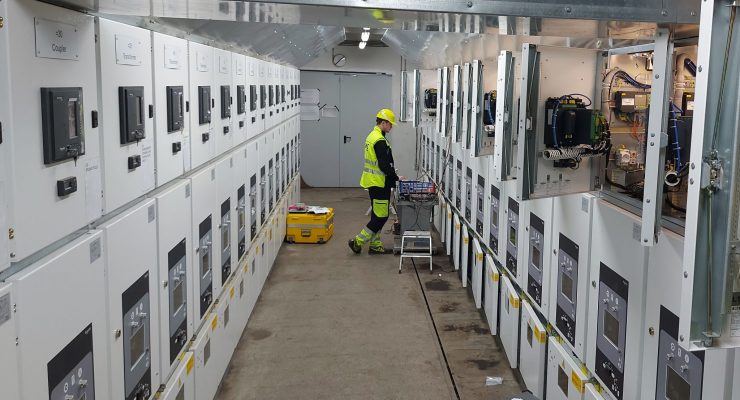 The fact that the replacement of these plants has not been realized since the commissioning of the Ugljevik thermal power plant 36 years ago tells enough about the importance of the project.

The complex project of replacing the 6 kV and 0.4 kV plants in Facility 64 took place in several stages.
The first stage included the design and replacement of 6 kV plants with a total of 34 cells, while the second involved the design and replacement of 0.4 kV cassette plants MCC (Motor Control Center) that supply key components necessary for the operation of the power plant – coal, slag and ash as well as other objects of great importance for the whole system.
Elnos teams were also in charge of designing and replacing protection and control cabinets in the mentioned plants for coal delivery, slag and ash shipment. This replacement implied that the existing centralized management system is being replaced by a modern decentralized system manufactured at the “Mihajlo Pupin” Institute in Belgrade.
As part of the project to replace the 6 kV and 0.4 kV plants in Facility 64, more than 70 kilometers of command and signal cables necessary for the functioning of the complete system were laid.
Our teams worked also on the design and replacement of other smaller components such as: tow rope and side turn switches on conveyor belts, adjustment and integration of other 0.4 kV thermal power plant plants into the new control system, as well as design and replacement of AC and DC substations.