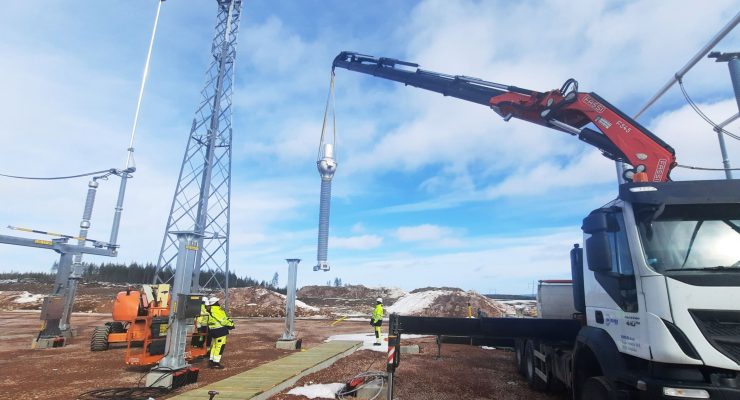 The Olingan substation, with an installed capacity of 360 MW, plays an important role in connecting the region’s wind farms to the country’s electricity grid. As a substation of 400 kV voltage level, it is certainly an important hub in the country’s transmission system.

TS Olingan consists of two transmission lines 400 kV bays, through which the connection of the substation to the 400 kV transmission network on the principle of input-output, and one transformer field through which the connection to the transformer 400/130 kV which is connected to 130 kV transmission network. Our teams realized work tasks in all three mentioned fields.
Within this project, the Elnos teams performed a significant part of the work, which included assembling and installing the steel structure of the central portal and assembling HV equipment: steel structures for supporting insulators, current and voltage measuring transformers, as well as making earth connections and all primary connections including to the transformer.
In addition to the above, works were performed on connecting HV structures and HV devices to ground, and the installation of beams on the central portal, which was realized with the help of a large crane with a lifting capacity of 85 tons.