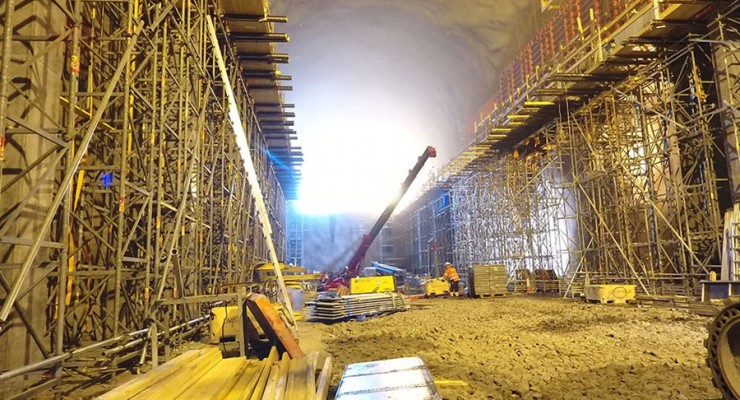 The significance of the project:
The realization of the project of construction of hydro power plant Burfell 2, with installed capacity of 270 MW, was provided a higher degree of reliability of electric power system of Iceland. HPP Burfell 2 was built as part of a large expansion project of hydropower complexes within Burfell old hydropower plant, which began operations in half a century ago. Until 2007 Burfell was the largest hydropower plant in Iceland. Which was produced 2,300 GWh per year. The construction of new power unit HPP Burfell 2 was developed hydropower complex that will produce 2,600 GWh annually.

Elnos Group works:
Successful carried out of part of the works in the context of building HPP Burfell 2 Elnos Group is ranked among the small number of companies able to implement the electricity projects like high level of complexity. Our teams are within this venture performed complete works of installation of power plants required for the connection of new hydro power plant to the grid, and additional facilities which are important for the functioning of the new HPP Burfell 2.
Building of HPP Burfell 2 was a major technical and logistical challenge for our team. Its complexity is largely imposed position of mechanical building, containing the turbine and generator, which is located approximately 100 meters below the ground. Our teams are built the bus in a tunnel 110 meters deep, and within the project are built around the 2.5-kilometer horizontal cable tray.
Also, we have successfully completed the assembly and welding with the air insulated busbars of aluminum with a total duration per phase is about 150 meters, while the length of individual segments of 10 meters. During construction of the HPP Burfell 2 we laid 40 kilometers of different types of cables in demanding routes. Besides that, we installed busbar systems and install various auxiliary systems of the power plant.