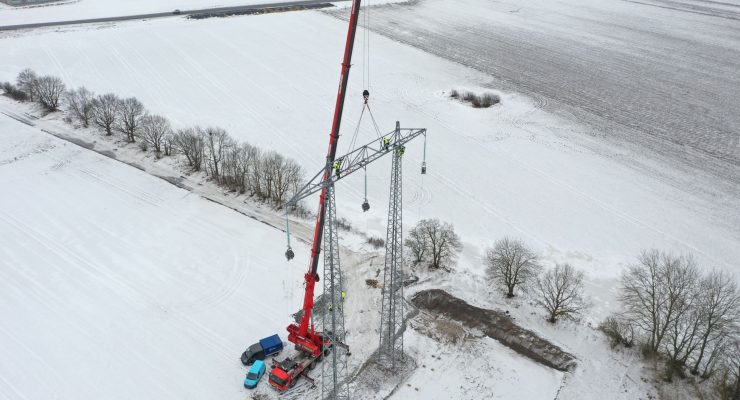 Our teams’ mission was to replace the old 400 kV transmission line by a transmission line that would bypass a small town Södra Sandby on its route completely.
Even eight different types of towers have been assembled and erected. Among them were particularly different towers, called stubbe, weighing 55 tonnes and measuring up to 55 m high.
The whole process involved performing complex works of dismantling old transmission lines, erecting new towers and all electrical assembly jobs.

The work in environmentally sensitive areas:

During works performance, there were very strict safety measures to obey in order for flora and fauna, as well as special reliefs of this region, to be protected throughout the project performance. All conditions in the field of environmental protection have been successfully met in the realization of this project.