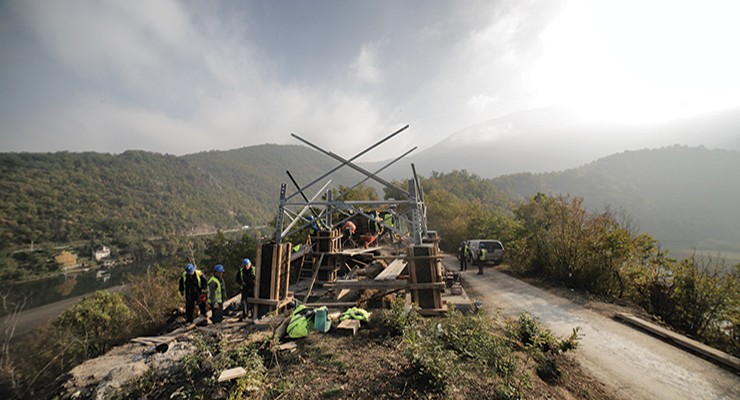 Construction of transmission line 35 kV Ovčar Banja-Međuvršje is the first electrical power facility of this kind realized in the Municipality of Čačak area in the last 30 years. Completion of this extremely demanding project ends the third phase of the project for revitalization of dams for the hydro power plants Ovčar Banja and Međuvršje. Thanks to this activity, service life of the hydro power plants has been extended for four decades, whereas power of these electrical power facilities has been increased for 25 per cent.