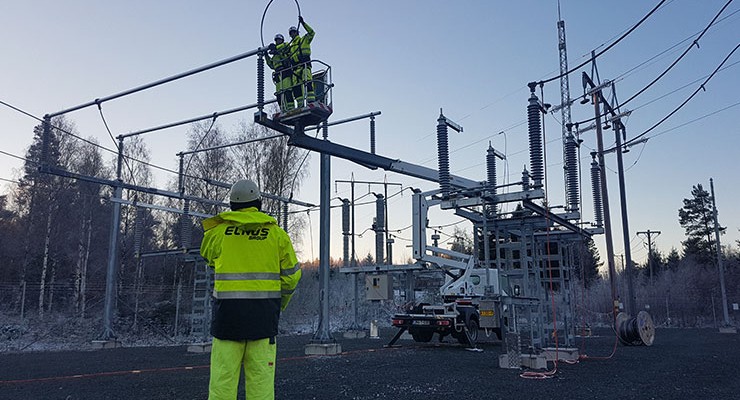 The significance of the project:
The project of reconstruction two substations represents great importance for making the modern and stable power system in this Scandinavian country.

At the reconstruction in the first stage of works, our teams in both substations performed the installation of a new 130 kV TL fields, the new 130 kV transformer bays and a new 130 kV coupler fields. This was followed by the release of the newly built 130 kV facilities under voltage, and removal of the existing 130 kV TL and transformer bays.
The second stage is brought continuation of works in the field of installation of the new TL and transformer bays, of the same voltage.
Our works have entailed the installation of complete metal structures, electric power elements in these fields, as well as making all the primary connection. Also, there were carried out secondary wiring, and the installation of new microprocessor devices for the 130 kV and 20 kV facilities in Bjärnum substation, and new protection microprocessor devices for the 130 kV, 20 kV and 10 kV facilities in substation Skånes-Fagerhult.