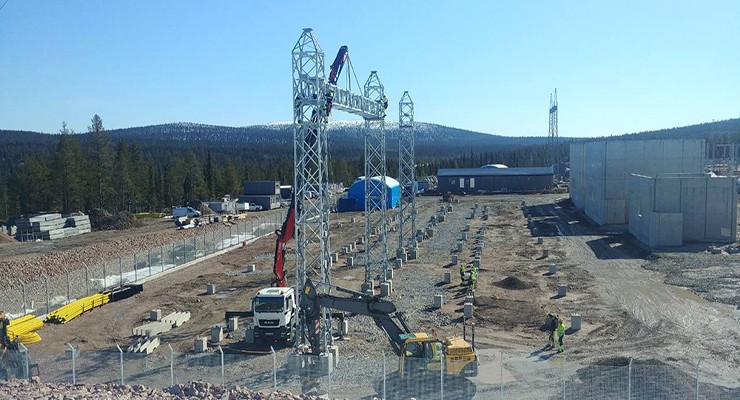 Elnos Group works:
Elnos Group performs complete electrical installation works in 130 kV plan at new substation 400/130 kV Porjusberget. This facility consists of eight transmission lines, two transformer fields and one reactor field. Elnos Group works include installation of: portal steel structure and steel for appliances, two bus systems, primary equipment and communications, protection and management cabinets. In addition, our teams at TL Porjusberget lay connect and lay out all energy and control-signal cables in the installation, grounded construction and appliances, as well as connect power transformers and reactors. Despite the rainy and windy weather that has hampered at certain stages of the current course of the works, the project is still performed according to the previously adopted schedule. The engagement of our team should be completed by mid-October this year.