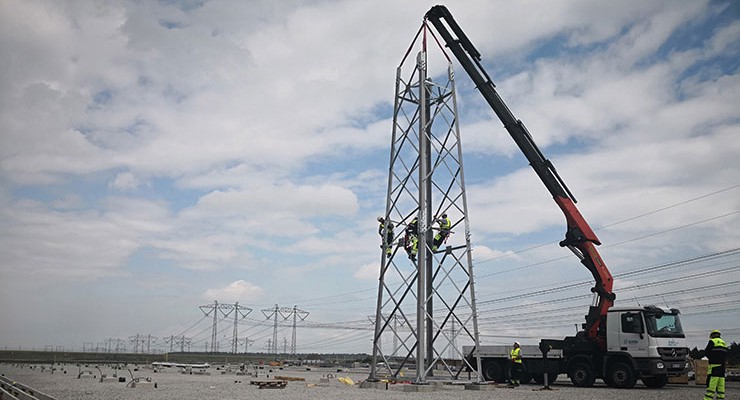 The significance of the project:
In the decade behind us, Sweden has entered into a very serious clash with his old nuclear energy sources. One of the old nuclear power plant, which is part of this process, is the Barsebäck which was put into the operation 44 years ago. Substation is after years of operation have become unreliable. Therefore, it is built a new substations of 400 kV FT6 Barsebäck which has become an important link of energy stability of the southern part of Sweden.

Elnos Group works:
The project, which is part of the Elnos Group, an existing facility of the substation is divided into a new 400 kV interconnection facility and the existing 130 kV facility provided for the needs of the regional network. We have carried out the assembly of primary equipment in a substation facility 400 kV FT6 Barsebäck, which require also assembly of 400 kV facility with double bus bar system directly next to the existing 400/130 kV facility. Our tasks have included also the installation of the central portal of the steel structure for the bus, current and voltage measurement transformer, then connecting the main high-voltage connection in all fields.