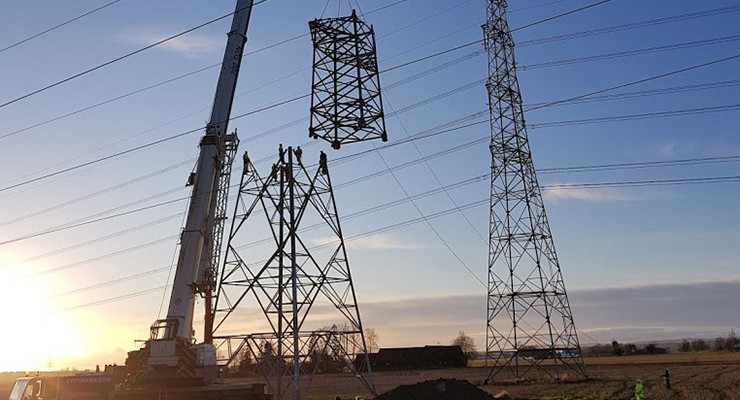 Elnos Group works:
Elnos Group constructed new two-system 130 kV transmission line for connecting newly-built substation Ostansio to Alberg substation and reconstructed transmission line between substations Talle and Alberg.
This was a challenging and high demanding project. A large scale of works was to be performed in a short period, so works were performed day and night, due to which organizational skills of our teams had to be on high level. Towers were of big dimensions and weighed 20 tons and more. Specific fact of this project is that we installed conductor of large diameter, 910 mm2.
Another interesting fact is that our teams performed electrical assembly works in one part of the route over a very busy railway with eight tracks and wider than 140 m. As for these works to be done, power cut offs were announced eighteen months in advance. Although we were given a deadline of 4 hours and 30 minutes to perform the works, since the railway could have been disconnected only in this period, our teams successfully all tasks in three hours. Normally, in standard norms, we would need a day for its performance.