Construction of Drinsko-limska HPP, the brench of the HPP Elektromorava 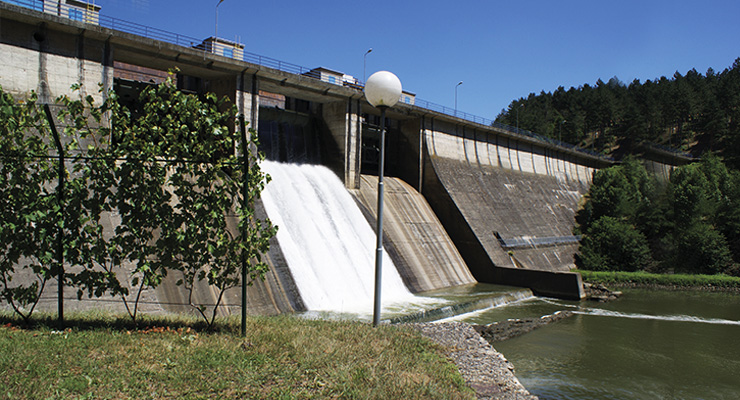 The construction of a new 35 kV transmission line Ovčar Banja-Međuvršje is completed system revitalization of the HPP Elektromorava, since it has been five years ago renewed generators at dams in Ovčar Banja and Međuvršje. The revitalization of dams and setting up a new TL, Elektroprivreda Serbia has extended the life of these hydro power plants for the next four decades, and their strength and thus is increased by 25 percent.

In the area of ​​Ovčar-Kablar gorge it built a new, modern transmission line, which is replaced the old transmission line with wooden towers, set back in 1954. Elnos Group performed complete construction and electrical works which included: dismantling the existing transmission line, building of foundation, lifting of 23 new steel lattice towers, installation of suspension equipment and conductors to 4.6 km dual 35 kV transmission line.

Due to the extremely inaccessible mountainous terrain, it was number of specific characteristics in the works. Some of them are: transportation of materials and equipment, working with explosives in digging of the foundations, but also a strong wind, which blows in this part up to fifty kilometers per hour.