Reconstruction of a 400 kV transmission line with a corridor 10 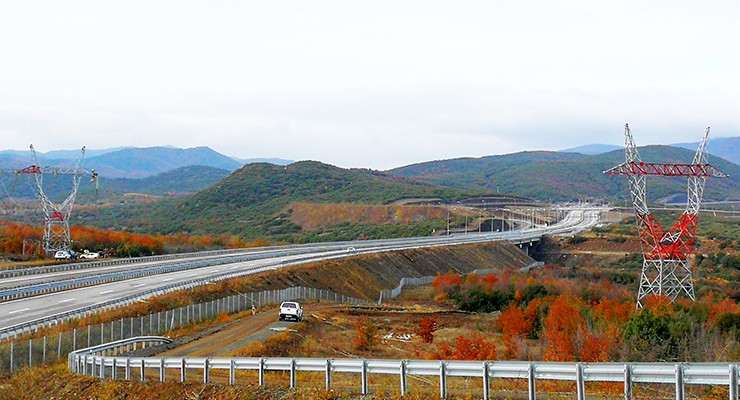 The significance of the project:  Reconstruction of the 400 kV transmission line from the substation Dubrovo to the Macedonian-Greek border has created conditions for the release of the transport section of Pan-European Corridor 10, stretching from Demir Kapija to Smokvica, which is 28.2 kilometres long. Participation in projects that support the connection of parts of Corridor 10 carries a mark of high importance, because it is a junction that has a positive influence on regional development and cohesion in the wider Balkan region. We remind that Corridor 10 is one of the pan-European transport corridors passing through a large number of countries of the former Yugoslavia: Slovenia, Croatia, Serbia and Macedonia.

Elnos Group works: The Macedonian member of  Elnos Group, the company Elnos BL Skopje, has successfully implemented the project of reconstruction of part of the 400 kV transmission line from the substation Dubrovo to the Macedonian-Greek border.
The huge challenge for our team on the ground was a short deadline for the works, which was dictated with timely small steps possible exclusion of international transmission line.
Thanks to the professionalism and experience of our team, we performed all the works within the contract time. Thus, disassembly of part of the existing 400 kV transmission line was completed within 15 days, while installation of four new pillars, with which the relocation of transmission line route, completed within a month.
This project was specific and from the perspective of meeting the technical regulations and aviation regulations for transmission lines that cross with highways.