The end of a great endeavor in Serbia 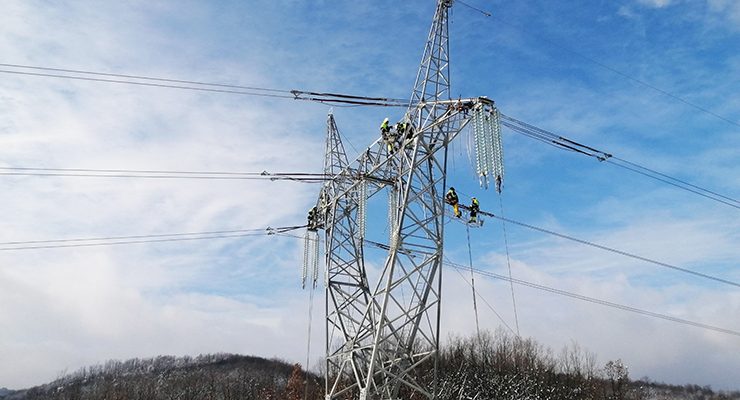 The beginning of 2022 brought the teams of Elnos Serbia a successful completion of another major project in their home country.

With the realization of works within the construction of 400 kV transmission line SS Kragujevac 2-SS Kraljevo 3, Elnos Serbia teams were an important actor in one of the largest energy projects in Serbia, which is part of the second phase of construction of the Trans-Balkan Energy Corridor through this country.

Being a part of this endeavor was a complex and multi-layered task, in the realization of which the teams of our company’s construction and transmission line sectors were engaged.

This is a project within which we also did the installation of: phase conductors, protective rope, glass insulators, suspension equipment and OPGW. In addition, we were entrusted with the procurement of a phase conductor and protective rope for the entire route of the transmission line, whose total length is 59.4 kilometers and on which a total of 174 poles were erected.

It is important to point out that Elnos Serbia is implementing control of environmental protection measures and of health and safety measures at work on the entire transmission line route, which will be ongoing until the end of January.

The realization of the project of construction of 400 kV transmission line SS Kragujevac 2-SS Kraljevo 3 has brought a new safe and stable supply of electricity to users on the territory of Serbia, and in the future it will be one of the important links in connecting the markets of Eastern and Western Europe.

We are constructing key power junction…
Despite the severe disadvantages, we are…