Despite the severe disadvantages, we are building a new 400 kV transmission line in Sweden 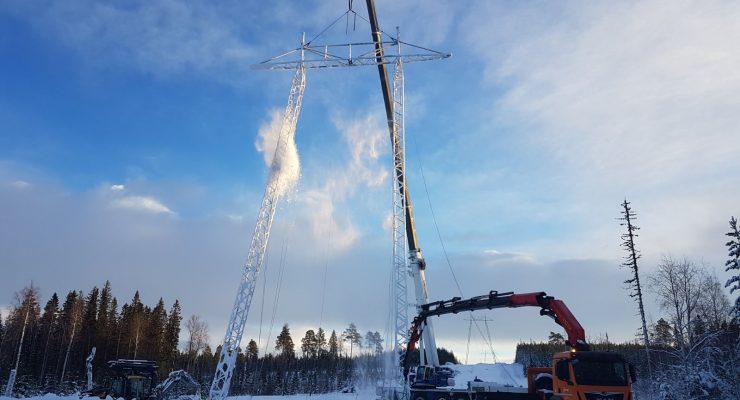 The total length of the transmission line route is 37 kilometers and there are a total of 135 poles on it. Elnos Group teams engaged in this project have the task of carrying out installation work, erection of poles and electrical work on the entire route. So far, the teams have successfully installed and erected 75 percent of the poles and realized 25 percent of the electrical installation works.

This is a project in which our teams are erecting six types of poles on the route, among which is a special challenge – the poles known as “stubbe”, which weigh up to 60 tons and are up to 37.5 meters high.

In the phase of electrical installation works on this complex undertaking, our teams are installing triplex conductors 3x3x910 mm2, protective rope and OPGW. The installation of conductors of such a large diameter is already complex in itself, especially in severe winter working conditions.

The weather conditions in which the project is currently taking place are very demanding. Air temperatures in winter drop below minus 30 degrees Celsius, accompanied with strong winds blowing, and in periods when temperatures are high, the soil becomes swampy and impassable. During the winter, the organization of transport of teams is also an endeavor. It is organized through temporary and so-called winter roads, which cross over the frozen wetlands.

The investor of the project is the company Svenska Kraftnät. 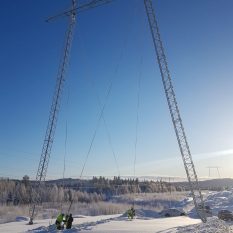 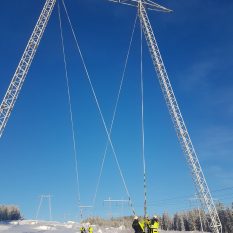 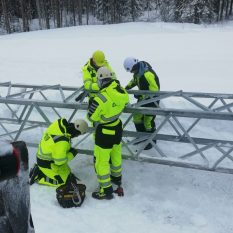 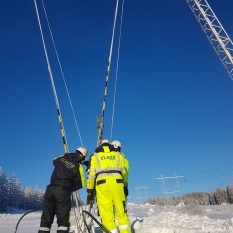 The end of a great endeavor…
Elnos Nordic - A decade of…