Elnos Group with FC Borac in the new season 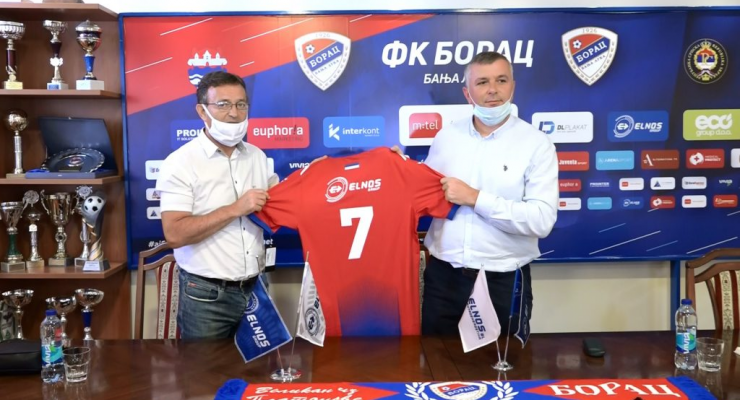 Today, the president of FC Borac Banja Luka, Stojan Malbašić, and the director of Elnos BL, Aleksandar Šukalo, signed the sponsorship agreement, which our company and continued long-term support to the most trophy-winning football club from Republika Srpska.

“Elnos Group has support FK Borac before, which we continue this year also, the year with great challenges for all of us. One thing is sure, FC Borac is the city sports lifeline and without it, Banja Luka would certainly not be a true sports city”, said Šukalo.

He pointed out that Elnos Group, as a socially responsible company, caring for the sports spirit and very supportive of successful sports clubs.

He also wished a lot of sports luck and good results for the rest of the season to the entire team of players and coaches.

The president of FC Borac, Stojan Malbašić, also showed his satisfaction with the continuation of successful cooperation.

“Thank the Elnos Group for the successful cooperation so far. We have shown that we are a good partner and the extension of this contract is not coincidental. I wish this company a lot of success, and I hope that Borac will be stronger with them also, “said Malbašić.

Aware of the importance that sports brings with it, our company has always been a support for the sports clubs. Over the years, we have supported a large number of sports clubs in the region and beyond, which will be part of our socially responsible mission in the future.