Start works at the construction of wind farm Bogoslovec 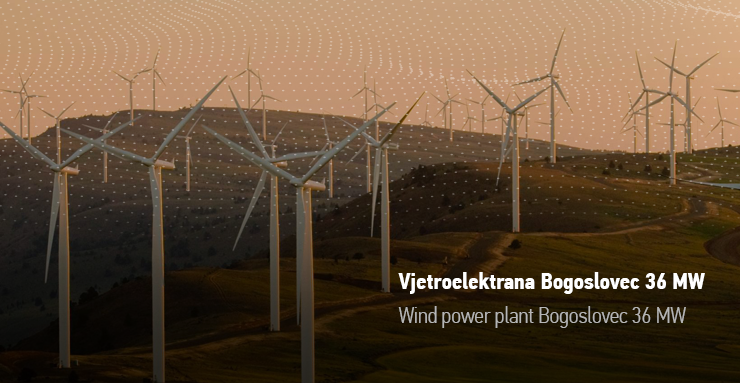 Only 70 kilometers southeast of Skopje, in a location between the municipalities of Štip and Sv. Nikola, the construction of the Bogoslovec wind farm has begun, the second wind farm in North Macedonia.

The project, which brings new 36 MW of renewable energy, is certainly an important continuation of the started section of the green energy strategy of this country.

Elnos Group, was a significant participant in the construction of the first wind farm in this country (WF Bogdanci), now is entrusted with the task of constructing the power elements that will represent the “bloodstream” of the new wind farm Bogoslovec in the future.

The contract also entrusts us works that include the construction of a medium voltage network to connect wind turbines with the new Bogoslovec substation. This is a phase where it is estimated that our teams will lay about 39 kilometers of MV cables. As part of this project, our teams will also carry out the work of building grounding for the foundations of wind turbines.

The wind farm Bogoslovec is being built on an area of ​​70 hectares, will have eight windmills with an installed capacity of 4.5 MW and in the future will produce electricity for 20,000 households.

The investor of the project is the company Thor Impex from Skopje, and the wind farm will start operating at the beginning of 2023.