On the biggest infrastructural task of Slovenia

Responding to the challenges of large infrastructure projects has always been a particularly complex undertaking, and it is precisely on such a complex task that the teams of our Slovenian member are winning every day.

The construction of the second track of the Divaca-Koper railway is strategically listed as one of the most important and demanding infrastructural undertakings in Slovenia.

The route of this 27-kilometer-long track intersects in several places with a 110 kV transmission line.

The task of the ENS team is to relocate the 110 kV transmission line at the intersections with the new Divaca-Koper railway track.

More precisely, the ENS teams are dismantling the old and assembling 11 new transmission line poles at the four crossings of the 110 kV transmission line and at the future connection of the Crni Kal electric traction substation. In addition, field teams carry out the installation of suspension equipment, conductors, and systems for safe ascent.

The project mostly takes place in protected areas of nature and during its implementation, ENS teams meet strict working conditions for environmental protection.

Fieldwork is progressing with great dynamics and the project should be completed by the end of this month.

The investor of the project is the Slovenian state company 2TDK.

The second section of the Divaca-Koper railway

The existing railway between Divaca and Koper is over 50 years old. The traffic on it is too slow and with increasing delays. The accelerated development of the port of Koper and the demands of modern times have imposed the task of building a new section of this route which will allow trains to run at a speed of 160 kilometers per hour.

The entire section of the second track of the Divaca-Koper railway is 27 kilometers long, and due to the complex configuration of the terrain, strict ecological restrictions and the height difference between Koper and Divaca, about 75 percent of the railway passes through tunnels. 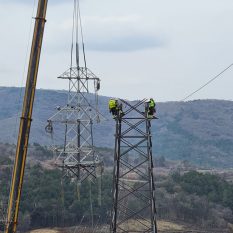 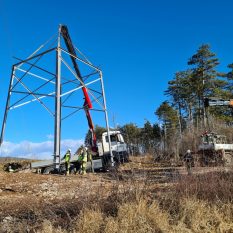 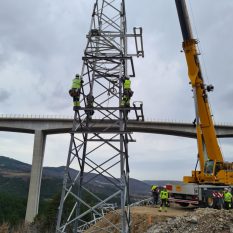 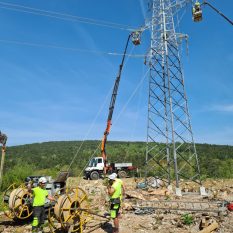