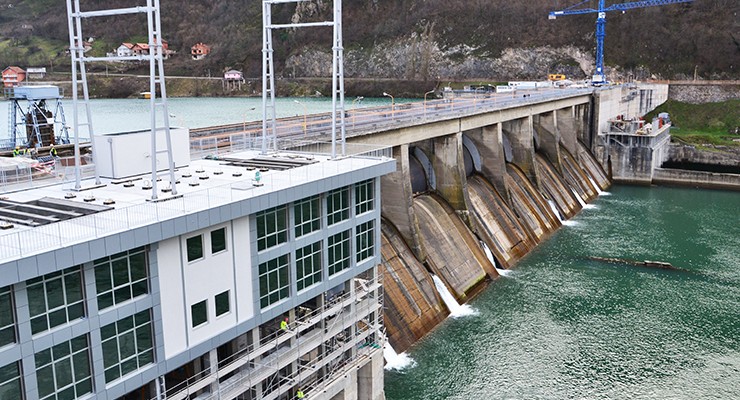 With the production of 2.817 million kWh in the HPP Zvornik, on 8th March, a new absolute record in electricity production was recorded in the 65 years long history operation of this HPP.
Within this capital project, Elnos Group is heading numerous national operation teams engaged in the realization of the same. We are in charge of design, purchase, installation, and commissioning of electro-mechanical equipment.
Our work includes the entire reconstruction of four generators and 110 kV transformer station, design, and performance of electro-mechanical part of works, delivery and commissioning protection-control devices as well as delivery and commissioning of the control system of the electrical plant.
By reconstruction of the HPP Zvornik, the power of each of four existing generators is increased for more than 25 per cent compared to earlier power, which, practically, means that hydropower plant gets another, additional, fifth generator at the end.
Modernization of the HPP Zvornik is a project that demanded engagement of all divisions from the Engineering Sector of the Elnos Group, i.e. teams for electrical plants, transmission lines, and substations, team from Civil Engineering Sector, as well as designers.
The revitalization of the HPP Zvornik is a part of the investment cycle of “Elektroprivreda Srbije”.

Smart grids are a priority of…
Focused on a common mission -…